São Paulo is a remarkable city, and its center has a strong history of being a refuge for the LGBT+ community despite mainstream Brazilian culture’s bias toward being extremely patriarchal and severely segregated. The city’s marginal communities are often relegated to neighborhoods on the outskirts, places the white elite can easily avoid.

Since the post-war era, the center of the city, the area where most cultural activities like cinema, bars, and libraries were, sheltered the LGBT+ community. The two most important landmarks in this history may be the Largo do Arouche and Praça da República, the former being the place for rich, white gay men; the latter for male prostitutes, transvestites, and poorer gays. And both being a place to gather and find most of the city’s intellectuals participating in the vibrant nightlife of that time.

The problem is that this history is commonly forgotten and misunderstood even though it is still possible to see the community expressing itself freely in these areas — in a different way from the 1950s and the 1960s — but it is hard to understand why they gather in that specific place.

Because of my work with Rede Paulista de Educação Patrimonial (Paulista Network for Heritage Education), an organization that has created a collaborative inventory of the communities that live close to the Minhocão viaduct that crosses the center, I along with my colleagues became increasingly concerned about how Brazilians learn about this history.  How do we remind ourselves and other people of the genesis of this social use of territory? For this reason, we invited the actor Paulo Goya, who experienced the place mainly during the 1960s, to share his memories and explain a little more about the dynamic of the area. As part of the “Cidade Queer / Queer City” cycle of activities, Paulo conducted “A walk in the center”, sharing his love affairs and some of the theories published in that time, such as Susan Sontag’s essay “Notes on Camp.”

The walk lasted almost three hours, but you can see a small teaser about it in the video below.

A Queer Walk in a Queer City 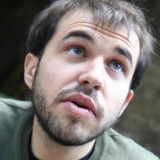 Thiago Carrapatoso is a journalist and specialist in communication, arts, and technology. He works in helping to create a methodology for using heritage education against gentrification in São Paulo.

In order for us as poor and oppressed people to become a part of a society that is meaningful, the system under which we now exist has to be radically changed. This means that we are going to have to...

Text: Sidd Joag Video editing and camera: Karla Claudio-Betancourt Producer and director of video: Esteban Figueroa Additional footage: Saul Betancourt, Julio Fernandez A massive colonial figure made of steel and concrete lies twisted on its side, on a traffic island...

Suzy Lake on the politics of gender, the body, and identity

Suzy Lake is among the first female artists in Canada to adopt performance, video, and photography to explore the politics of gender, the body, and identity. In her artistic practice, which spans nearly 50 years, Lake addresses the individual’s relationship...