Alex Kuo’s newest book, My Private China, is a penetrating glimpse into a cross-section of life in China today. From Lang Lang’s formidable piano teacher Madame Zhou Guangren to zealous evangelical missionaries, Kuo gives us a dazzling, at times, unsparing, kaleidoscopic view of Chinese trying to keep with the speed of the world moving around them balancing ancient customs with new habits.

Alex Kuo’s upbringing is hybrid and cross-cultural. Born in Boston in the 1940s, he later moved with his mother to Suzhou, west of Shanghai, and grew up in Hong Kong. Kuo eventually returned to the United States for college and graduate school, getting his M.F.A from the University of Iowa. Since the 1970s, Kuo has published five volumes of poetry and six books. His 2001 work Lipstick and Other Stories won that year’s American Book Award.

In a recent interview with World Policy Journal, Alex Kuo discussed My Private China, his creative process, his diverse body of work and how getting at the truth of a story, especially in a country like China, is often harder than it seems.

Your newest book, My Private China, is a remarkable glimpse into the vibrancy and diversity of China today. You’ve described the book as showing us, “the good, the bad, and the ugly,” of contemporary China. What was it about these negative elements that fascinated you into scrutinizing them the way you do?

I believe that one of the many responsibilities of serious writers is to look critically at the culture of their environment.  The writer is in other words both a documentarian and critic simultaneously. Newspapers and magazines can only give us a partial understanding of an experience.  This must be what the wonderful writer Simon Ortiz meant when he said, “If it’s fiction, you better believe it,” because the other approaches are incomplete at best and misleading at worst.

In this context then, I’m convinced we can tell as much about people by looking at their failures, shortcomings, and lies, as we can from their dreams and accomplishments, which can in turn also be grand lies.

What I’m saying then, is that there is something about serious literature that does not comfort us, pat us on the back to assure us that we are all right and believe in the same right things or that the sun will rise again tomorrow; it must challenge us, take us out of our comfort zone, shake us up and demand that we stop and start thinking about it in this different way, to do some mischief.

Censorship of course is still a pervasive part of life in contemporary China. Did you ever encounter any challenges in terms of what you’d written about China in the past? Is there a way that you’re able to balance your commitment to your own vision in the face of possible criticism from Chinese critics and readers?

A week before its launch, my Hong Kong publisher emailed to inform me that his Shenzhen printer in mainland China just a few yards north of HK had just told him there were language problems with the book My Private China.  I was later informed that the book had used one of the three T words, Tibet, Taiwan, Tiananmen. Although there is no official government directive prohibiting the publication of anything by a foreign publisher and foreign author using such language, the printer was not going to risk taking a chance.  This is probably the worst kind of censorship, the paranoiac self-censorship.  In my best call, I don’t think anything would have happened to the printer, especially in the context of the book. In it, one piece seemed to be critical of the Tiananmen Square dissidents when they were concerned about the appropriate make up for the TV cameras during their Washington Mall fund drive. Another piece challenged the student identity of the person stopping the PLA tanks in Tiananmen Square on June 5, 1989.

At this time, the second part of the question is rather moot, as Chinese reading Chinese-American writing are more interested in the work of Amy Tan.  It’s sad to see that Chinese readers of American literature are more interested in what’s on the best-seller list than alternative choices.  As the well-read, respected and distinguished Beijing Foreign Studies University Professor Wu Bind said to me in 1997, “How can Americans be so stupid to believe in Amy Tan!”

On the other hand, I would welcome the opportunity of having Chinese readers and critics, and I would appreciate the opportunity to discuss these views with them.  I would seriously doubt there would be any government interference.

In the West, the public is fascinated by stories of Ai Weiwei, Li Yiang, and Chen Guangcheng—artists and activists who have taken great risks in the face of government opposition to—in their opinion—stay true to their ideal and have their voice heard. What do you think of this current tension between dissident artists and the Chinese government?

I think the American press has a myopic and almost racist view of reporting on China, extending the 150-year missionary informant history.  When Theodore White was writing for Time magazine as a war correspondent based in Chungking, he had a sign over his typewriter that said nothing written there will see the light of day, because of Chinese censorship, and American editorial restraints. After all, Time was owned by a son of Presbyterian missionaries, the media mogul Henry Luce.  Or take the July 14, 2013, Sunday New York Times, in which the headlines of two pieces, “Another Way China Dreams of Dominating the World” and “Pitfalls Abound in China’s Push from Farm to City.” By using the words dominating and pitfalls, readers are steered into a pretty negative and critical view of China.

I don’t mean to be defending China’s barbaric and atrocious history of human rights, but enough is enough.  Aren’t there other experiences in China that can be reported, or are our journalists just too lazy to look? Or are they in fact doing good work but their home editors are calling the shots based on self-censorship, with the same result? Yes, there is tension between some artists and the Chinese government, and it varies from individual to individual, and sometimes from one week to the next.  I wouldn’t call them dissident artists, because that term is misleading.  Besides, shouldn’t all serious artists be some kind of dissident often in tension and in trouble with their family, their friends, their employer, or their country?  Isn’t that exactly the reason why books like Catcher in the Rye, The Adventures of Tom Sawyer, and The Absolutely True Diary of a Part-Time Indian are banned in parts of the U.S. today?

To what degree does writing about China today—fiction, non-fiction, poetry—have the ability to influence some kind of systemic change in policy or lawmaking  Does literature have the ability, in some way, to inspire new dialogues on difficult issues in China?

Absolutely. Literature provides the context for us to think, discuss, argue.

I for one distrust Ma Jian’s new novel The Dark Road’s real motive for focusing on the one-child policy. Why did he ignore areas of rural China in which people are voluntarily participating in negative birth rate?

Such publications reinforce the outsider’s negative view of China and prevent any constructive dialogue on complicated and difficult issues in China AND in the U.S.

What do you think the future holds for young writers in China today?

I don’t know how to answer this last question, just as I don’t know the answer about the future for young writers in the U.S.   It has been estimated that there will be some 600,000 self-published books in the U.S. in 2013, averaging at less than 50 copies a title, as well as more than 2,500 creative writing Master of Fine Arts degrees awarded.  I have yet to understand how to fit this phenomenon into my perceptions about writing and reading.

For good, bad or worse, China will sooner than later begin to offer its undergraduates a creative writing curriculum.  Hong Kong has already started.  I’m not sure it won’t be worse.

That said, I would like to conclude that there are some exceptionally talented and insightful young Chinese writers today—such as Yu Hua and Xialu Guo. They are publishing some significant and innovative fiction that is very edgy and confronts government and cultural norms head on. 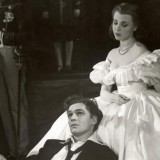 Human Rights, Development, and Democracy in Africa: What Role for the Arts?