The controversial 2011 elimination of the Kansas Arts Commission by Governor Sam Brownback dramatically highlighted the relentless shrinkage of public arts funding in the United States, even as the arts enjoy a stratospheric profile in mainstream media and American popular culture.

It’s a curious contradiction.  Growing numbers of American government and school officials increasingly declare arts unworthy of public money as legions of savvy corporate advertisers, and millions of eager consumers and creators, utilize and reference the arts’ “value” continuously in their daily lives.

Take a closer look, artists, because that’s us. We’re that polar bear, which almost certainly drowned or starved to death a short while after the photo was snapped. Unlike the bear, however, we know what’s happening to our disintegrating cultural ecosystem. Can the arts in America transition to and survive in the new Atlas Shrugged world order of vanishing public arts funding?

The coming public funding changes will affect not just individual artists but every segment of the arts eco-system, including arts education, institutions, councils, and philanthropy.

Innovation, service, and teaching are the core of what the arts do. Aren’t those also the exact core functions of business in a capitalist economic system?

With that parallel foundation, what might happen if non-profit arts and for-profit businesses were to become true partners in the mission to solve social needs?

The creative resources of arts and the logistical resources of business should buttress each other’s innovation-service-teaching matrix by undertaking artistic and entrepreneurial collaborations larger than the sum of their individual parts.

We’re talking about individual human benefits that impact the larger society of which we are all a connected part. Considered as a whole, these individual benefits elevate to the status of societal benefits, such as fewer people starving or suffering from disease, ignorance, violence, pollution or other destructive social pathologies afflicting so many of the seven billion human lives on our planet.

The “post-melt” funding paradigm transcends the “pre-melt” strategy whereby business and philanthropy filter random tax-write off dollars into the arts. It represents a business and philanthropy synergy perceiving arts as an integral mechanism for re-tooling the American workforce. This propels the nation’s economic underpinning that anchors our vast and increasingly diversified social matrix which makes for a vibrant, challenge-ready American workforce.

Similarly, it’s no longer enough for arts education programs to just “teach art.” They have to be re-tooled to teach the 21st century ways of art-making, using 21st century technology that delivers 21st century employment skills to students. It’s no longer enough for business and philanthropy merely to give schools money here and there for iPads or computer music stations or museum field trips. Planned curriculum programs that integrate arts and career preparation need to be put in place across the country and then supported with sustained funding, as with any for-profit investment.

The United States’ major arts institutions have been leaders in community arts outreach for decades and have proven adept at partnering with local businesses. They have staff and funding resources that offer a variety of public programs, classes, and residencies, with special emphasis on delivering arts to children and, most admirably, poor children.

Post-melt, these organizations are going to have to get even more community-focused and ratchet up the number of arts experiences that integrate audience with artist-scholar. Teaching and programming will not be an after-thought to the main show, they’ll need to become the foundation.

In the new public arts funding universe, arts institutions are going to have to expand their outreach and re-tool as well as re-focus their mission. Arts education has to be seen by business and philanthropy as a critical investment in the nation’s future, which is why artists and business have to find ways to work more closely together to utilize the creative benefits of art in fashioning a more productive and humanly beneficial economy.

Unlike the bear, we have increasingly clear foreknowledge of what lies ahead and we can choose to either adapt or not.

Our role as professional artists and arts educators, arts producers and arts administrators in the second decade of the 21st century has changed irreversibly and will need to change further still, simply because that cold, barren arts funding tundra isn’t going to get any more hospitable in this geologic epoch

The above article is an introduction to a larger document that outlines in detail the framework for a new synthesis among arts, business, education, and philanthropy. If you’re interested in harnessing the arts for social change, read it here.

Lawrence E. McCullough has been an active organizer of arts and non-profit community ventures since 1973. McCullough is a musician/composer and author of fiction, non-fiction, poetry, plays, and film scripts. He is married to the actress Lisa Bansavage, with whom he operates an educational film and theatre organization, Pages of History, Inc. (pagesofhistory.org). 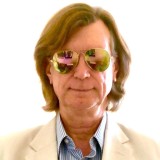 Lawrence E. McCullough has been an active organizer of arts and non-profit community ventures since 1973. McCullough is a musician/composer and author of fiction, non-fiction, poetry, plays, and film scripts. He is married to the actress Lisa Bansavage, with whom he operates an educational film and theatre organization, Pages of History, Inc. (pagesofhistory.org).

The Transnational Urban Imaginary … A Speculative Force that May Lack Nuance: Urban Vignettes from São Paulo, Part I